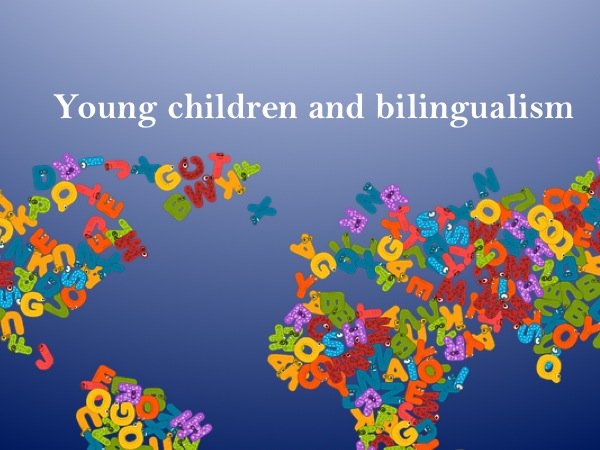 The Facts: What We Know About Bilingualism

Our world is becoming increasingly multilingual. Consider some of the following statistics:

In the United States….

Worldwide, it is estimated that….

These trends mean that many children are being raised as bilinguals.  Sometimes bilingualism is a necessity, as a child’s parents may not be fluent in the majority (dominant) language spoken in the community. Therefore, the child may learn one language at home and another at school. But sometimes bilingualism is a choice, and parents may wish to expose their child to another language, even if they do not speak a second language themselves.  This could be due to the many benefits of being bilingual.

How children learn more than one language

Bilingual acquisition can take place in one of two ways:

A child who acquires a second language in this manner generally experiences the following (10):

Fiction: Some Myths about Bilingualism

#2. When children mix their languages it means that they are confused and having trouble becoming bilingual.

FALSE. When children use both languages within the same sentence or conversation, it is known as “code mixing” or “code switching”. Examples of English-French code-mixing: “big  bobo” (“bruise” or “cut”), or “je veux aller manger tomato” (“I want to go eat..”) (10). Parents sometimes worry that this mixing is a sign of language delay or confusion. However, code mixing is a natural part of bilingualism (17). Proficient adult bilinguals code mix when they converse with other bilinguals, and it should be expected that bilingual children will code-mix when speaking with other bilinguals (5).

Many researchers see code mixing as a sign of bilingual proficiency. For example, bilingual children adjust the amount of code-mixing they use to match that of a new conversational partner (someone they’ve never met before who also code mixes) (5).  It has also been suggested that children code-mix when they know a word in one language but not the other (13). Furthermore, sometimes code-mixing is used to emphasize something, express emotion, or to highlight what someone else said in the other language. For example, “Y luego él dijo STOP” (Spanish mixed with English: “And then he said STOP!”) (10). Therefore, code-mixing is natural and should be expected in bilingual children.

#3. A person is not truly bilingual unless he is equally proficient in both languages.

#4. An individual must learn a second language as a young child in order to become bilingual.

FALSE. There is a “Critical Period” theory that suggests that there is a window of time (early childhood) during which a second language is most easily learned. This theory has led many people to believe that it is better to learn a second language as a young child. Young children have been found to achieve better native-like pronunciation than older children or adult second language learners. And they seem to achieve better long-term grammatical skills than older learners (10).  But other findings have called the idea of a critical period into question. For example:

Therefore, while younger children seem to become more “native-like” in the long-term, older children may pick up vocabulary, grammar, and academic language more easily in the initial stages of language learning.

#5. Parents should adopt the “one parent-one language” approach when exposing their child to two languages.

FALSE. Some parents may choose to adopt the “one parent-one language” approach, where each parent speaks a different language to the child. While this is one option for raising a bilingual child, there is no evidence to suggest that it is the only or best way to raise a child bilingually, or that it reduces code mixing (10). Parents should not worry if they both speak their native language to the child or if they mix languages with their child (19), as it has been recognized that children will mix their languages regardless of the parents’ approach (10). Many approaches can lead to bilingualism. Parents should speak to their child in a way that is comfortable and natural to them.

#6. If you want your child to speak the majority language, you should stop speaking your home language with your child.

FALSE. Some parents attempt to speak the majority language to their child because they want their child to learn that language, even if they themselves are not fluent in the majority language. This can mean that conversations and interactions do not feel natural or comfortable between parent and child. There is no evidence that frequent use of the second language in the home is essential for a child to learn a second language (10). Furthermore, without knowledge of a family’s home language, a child can become isolated from family members who only speak the home language. Research shows that children who have a strong foundation in their home language more easily learn a second language. Children are also at great risk of losing their home language if it is not supported continually at home.

How to Support your Bilingual Child

There are many ways to support your child’s bilingualism:

Teamwork Therapies has been serving the Bay Area community in Northern California since 2006.The company was founded by a Speech Therapist due to a growing demand for Speech Therapy, Occupational and Physical Therapy.